Could a computer designer become God? Moreover, could God be a designer who created both our universe and the origins of life at first only by accident or as a mere entertainment and who, perhaps, at some point lost control of his entire project? This is not exactly what the great novel Permutation City suggests, at least openly, but its content is so suggestive and so dense that, after reading its pages, one cannot do but think about such matters. 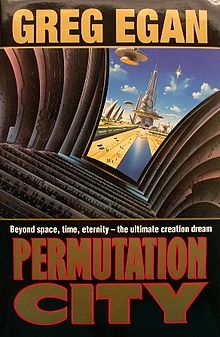 A mathematician and programmer who writes science fiction

Greg Egan, born in Perth, Australia, 1961, has one of those curriculums in principle little given to imagination, but he has certainly used it brilliantly in order to become a devoted master of the most hard-core science fiction.

Egan began to publish his stories in the eighties, but it was in the nineties that he entered into literature, being Permutation City, published in 1994, one of his first works. Although he is not a prolific writer, his stories always deal with deep and profound subjects such as genetics, simulated reality, mind transfer, sexuality or artificial intelligence, emphasizing in the dense fields of metaphysics and the nature of consciousness.

Egan is still an active writer, having published his latest book in 2013.

A future where computers bring immortality

The world in Permutation City is not too exotic compared to nowadays’. It is 2045, barely a couple of generations beyond those so-called millennials, and although cities, people, lifestyle, leisure, technology and other social aspects have changed noticeably, in general everything has followed a more or less predictable course that does not call too much attention. With one important exception, however: technology has evolved to the point where it is possible to make computer “copies” of human mind capable of dwelling self-consciously in a given digital environment.

Commonly known as “copies” these are digital renderings made from medical simulations of a human mind, a kind of high resolution TAC scanner endowed with life and self-consciousness capable of living indefinitely in virtual environments created by some software. The necessary hardware to maintain such program, as well as the technology required to carry out the process of creating each “copy”, is still extremely expensive, meaning that these are usually owned by powerful trust funds created ad hoc by their owners, non others that those humans from which these “copies” have been created, who are often wealthy individuals who decide to scan their minds fearing or being sure of a certain or close death.

For all effects each “copy” is therefore an exact replica of the human mind from which the “copy” has been made, a replica with a personal conscience that is generally activated once the physical person dies and which keeps all the memories the deceased gathered until the very moment of his scanner. What is even more surprising, however, is that, thanks to the software in which the “copy” is downloaded, and where, as it has already been said, it can remain indefinitely active, it can also keep in touch with the outer world, what means that in practice, and although the individual has physically died, his personality still exists within a computer program.

The consequences of all this are, of course, significant: Although the technology necessary to produce “copies” has been a reality for just a few years, the aforementioned still retain several of their old rights, being legally treated as disabled people. This allows them to continue to manage their businesses and properties in real world from their new computing reality, usually through proxies or frontmen, so they continue to direct their companies, investing, making decisions and, even more, carrying out a huge lobbyist campaign in order to acquire each and every one of their previous human rights, something the novel claims they are already about to achieve in places like Europe. What is more, the steady development of “telepresence” robot technologies predicts that their interaction with the real world will only become easier and more frequent, so that “copies” will soon become an effective and viable way of transcending biological boundaries and reaching immortality.

Living humans will not always be this happy

As long as “copies” are still few in number, given the high cost of the required technology to produce them, public opinion still sees the phenomenon as harmless and, at the very least, as a mere curiosity, but future is uncertain. As these “copies” rise in number due to the likely process of becoming cheaper, computing power required for their preservation will only increase, from where the debate arises about the legitimacy of diverting resources from real world in keeping those “copies” alive instead of using them for projects that result in the common benefit of those human beings still alive. -Here it is necessary to explain that in the futuristic world of Egan computer power is a limited resource and a fungible commodity users can pay for.

Moreover, because many of these “copies” are powerful and influential people who, thanks to this technology, remain in control of their affairs indefinitely after death, there also arises the debate about the exaggerated power their replicas could hoard over time, as well as about the injustice this entails for those new generations that would be waiting to substitute the older ones once those retire or die.

There is a third problem no less important than the previous two: while “copies” inhabit their virtual world their perception of time is entirely subjective, but when they contact the real world they begin to realize that, as computing power available declines, a striking “lag” with the external reality occurs, a delay of its own virtual world in relation to the real world of important consequences for anyone who intends to stay in contact with the living, which means, in the long run, an even greater demand for computing power to alleviate these unwanted effects. 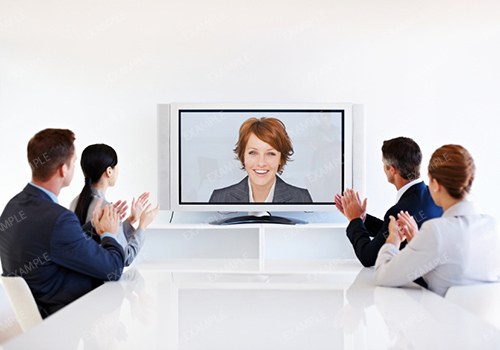 All these problems begin, of course, to worry the existing “copies”, as well as those individuals who are seriously considering their own self-replication in the near future. In the midst of this uncertainty a philosophy called “solipsist nation” arises, a radical understanding of life for “copies” according to which it is preferable, at a given moment, to completely disconnect from the real world and live forever in a virtual environment without any limitation.

Disregarding the avatars of the real world, and without having to pay any attention to the negative effects of the delay, these replicas could, in practice, live eternally in a customized universe where, in addition, they would be real gods with the capacity of transforming reality at their will.

There is, however, some caution among “copies” when embracing such a philosophy, or at least when doing it publicly, not only because of the uncertainty and radical change all this involves, but also because of the concern the idea of some replicas completely disconnected from terrestrial reality can inspire living humans. Thus, and although “solipsist nation” idea gains in popularity, it is still taboo, and replicas, or those humans who already see themselves as short-term replicas, begin to seek hidden solutions for their disquieting problems. 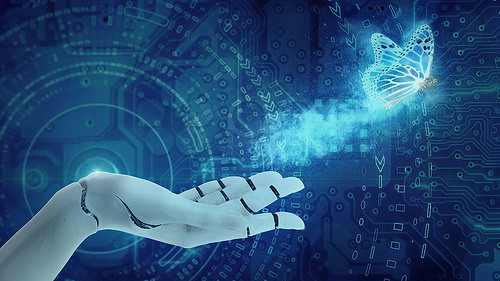 This is where Paul Durham comes into play. Durham, a complex and eccentric person, but also brilliant, begins secretly to contact rich individuals and millionaire “copies” in order to finance his project: selling to the highest bidder neither more nor less than eternal life. For this, Durham claims to be creating a haven against a future dark age in which biological humans rise up against multimillion-dollar “copies” and governments confiscate computing power, a place without communication with the outside world, a point of no return able to develop its own exotic life, and where the delay would no longer have any importance for its inhabitants.

To do this, Durham plans to develop a virtual world known as “Elysium” where a series of spaces reserved for each of the “copies” of all those who finance the project (there will be 18 founders, Durham himself with them) will guarantee an eternal environment in which these “copies”, called from then on “eliseans”, will be able to live at their will as masters of their own universe, interacting with each other whenever they desire.

Up to six extra spaces will be free for a number of common projects, including “permutation city”, a meeting area for all “eliseans” designed with the look of a brand new city and equipped with all databases, libraries, softwares, and virtual reality environments that may exist. Physical laws in “permutation city” will be subject to a software called “town hall” that will be able to be altered only by unanimous vote of all the inhabitants of “Elysium” in order to allow that space to remain common and stable, less arbitrary or mutable than all those private worlds where every founding “copies” will live.

The most interesting common project, however, will be the so-called “Lambert planet,” a small digital universe created according a computer model with its own simplified laws of physics originally invented by Max Lambert and which Durham has dubbed “autoverse”. The objective of this small digital universe is none other than to furnish “eliseans” with a completely new form of entertainment, a field of study completely alien to their own will or influence where a brand new way of life can be created and where it can evolve even to the point of offering one day a completely new form of intelligence. This small autonomous universe, conceived initially as a mere pastime, will end up having, a fundamental transcendence in this story however, as will be seen as the plot evolves.

(Leaving differences aside, the film Tron (Steven Lisberger, 1983) has an imaginary which could help picture Permutation City´s own world)