The second stop on this tour across dystopian and science fiction literature, perhaps as a natural continuation but also as an opposition to Orwell’s sinister Nineteen Eighty-Four, is a masterpiece by a fellow British writer (though finally emigrated to the US), Aldous Huxley: Brave New world. 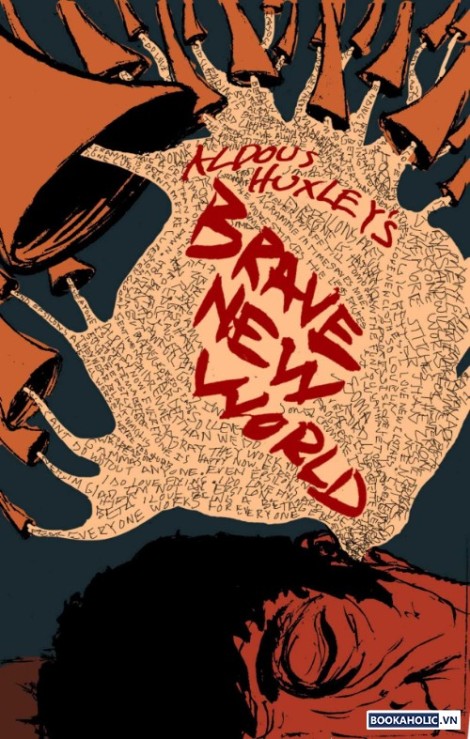 Huxley was the third out of four children of a wealthy English family of broad intellectual tradition in which there had been and there were reputable biologists, novelists, scientists and even a Nobel Prize winner. Born in 1894 in Surrey, England, Aldous enjoyed a thorough education in the extremely prestigious Eton College, being his career initially glimpsed as fairly conventional, at least until a complicated eye disease deprived him from studying medicine, choosing instead English literature, and hereinafter addressing his brilliant and prolific career towards writing.

Inveterate traveller, his footsteps were soon considered those of an enfant terrible, sharply criticizing the various customs of the society of his time. After being released and having collected excellent reviews by some previous works, it was in 1931 when he finally published the novel that concerns this article, receiving a wide recognition not without some controversy. Eventually he began to feel interested on psychology and, more curiously, mysticism, field where he fully penetrated right after settling down in California, back in the late thirties. He even went further, until even experiencing and writing about his own impressions when taking psychotropic drugs such as mescaline or LSD in the Mojave Desert. Widowed and remarried, he spent his last years traveling, giving speeches and lecturing, and working on his latest novel, Island, another of his great works and a perfect counterpoint to Brave New World.

Huxley’s futuristic world is governed by a political entity called the “global state”, a single government for the whole planet territorially divided into ten different administrations established in several key cities across the globe, among which one is London.

This “global state” is essentially pacifist, and relies very little or nothing at all on brute force or crowd control techniques such as censorship or propaganda. It has a population of around two billion people who live mainly in large cities and are mostly employed on industry and services sectors. They enjoy bearable and not so long working hours and generous holidays (counting the moon among their possible destinations), and also high standards of living and advanced technology in all fields. This progress, however, as appears from the comments of some of the characters in the novel, seems to be deliberately restricted by the authorities for fear that a further reduction in the number of working hours could degenerate into social unrest.

This futuristic society is ruled by a type of consumer and centrally planned economy based on mass production and consumerism. Culture is largely homogeneous throughout the planet, and entertainment and sports play a fundamental and absolutely preponderant role. There are no racial, gender or religious problems, nor are there neither wars nor even important social or economic differences. Most diseases have been eradicated long time ago and, citizens enjoy an enviable health. Even age is no longer a determining factor since biological engineering techniques make possible to enjoy a reasonable physical youth until the time of death, which arrives, as previously established, always at the age of sixty.

The only areas of the planet alien to the authority of this global system are those few regions deliberately kept “virgin” as “savage reservations” where both scientists and anthropologists keep animal and human life under natural and traditional evolution while being constantly investigated and monitored. Those zones are technologically backward and under surveillance, isolated and restricted. Their populations are subjugated if convenient by the most modern weapons of “world state”, and their territories are confined to a few regions of the world which are especially resource-poor or which have particularly austere climates, such as New Mexico, New Guinea, Samoa or areas of the Amazon.

In addition, smaller sets of islands such as the Falklands, Iceland or the Marquesas are reserved to dwell communities of those individuals from the “world state” who misfits or feel like they cannot live in society and seek voluntarily, or are been punished with, a peaceful exile. 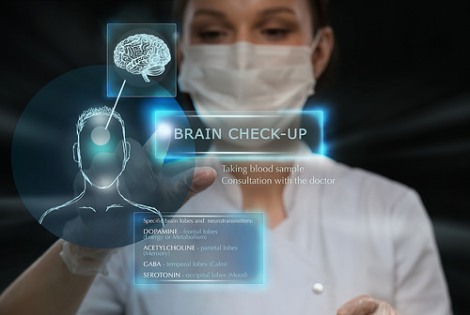 The eusocial organization explained on the novel is made possible by modern techniques of biological engineering and mental conditioning that allow to design, conceive, raise and bring up children in incubators and large-scale laboratories. Following an accurate planning it is possible to produce and rise individuals following the guidelines of five major castes or social classes respectively called “alpha, beta, gamma, delta and epsilon” (being each group subsequently subdivided into “plus” and “minus”). Although visibly different in various physical and mental aspects, little or nothing likely conditioned to mingle, and with a strong tendency to look the other groups with disdainful suspicion, individuals of those different castes are prepared to seek their own forms of satisfaction without resenting the rest and to believe and remember that every individual, regardless of his origins, is essential for society as a whole.

“Alpha” individuals are at the pinnacle of the pyramid, and are therefore the most intelligent and physically gifted and distinguished among all the other castes, created to be intellectuals, leaders, managers and scientists. They are the best represented group in the book, since most of its characters belong to it, so we know that they are conditioned to enjoy grey colour, cleanliness and order and certain types of music and smells, for example, and that they enjoy a high self-awareness and refinement.

As castes go down, however, so do their individuals’ mental abilities, physical appearance and even degree of differentiation, all due to various altering techniques applied on the foetus during the gestation process, such as the addition of alcohol or oxygen deprivation. Thus, “beta” class, attracted by purple colour, is still insufficiently refined, intelligent and physically attractive as to interact with “alpha”, as it is qualified to fill middle management and reasonably demanding and specialized tasks. “Gamma” class, whose predominant colour is green, has already, however, a somewhat ungainly appearance and average height, and its individuals are usually domestic workers industrial labourers, porters or waiters. “Delta” and “epsilon”, preferring khaki and black colour respectively, are less skilled intellectually until a degree of mental retardation, engaging in simple manual and physical tasks that nobody else would like to do. Their physical appearance is low framed and poorly proportioned, dark-skinned and females sired as “freemartins” (asexual beings without reproductive capacity but with women looking) and so little differentiated that their facial features stick to a very uniform and limited number of patterns, indeed growing up in large groups of twins.

The philosophy, which could almost be called religion, that rules society in this “global state” has in Henry Ford its main figure. His influence is such that the dates are set in relation to “before” and “after” Ford (instead of Christ), marking the year 1908 of our era as the zero year, as it was the moment in which “T model” automobile was launched to the market.

The influence of “Fordism” is not limited to dates, however. Four principles of its working method, such as mass production, homogeneity, predictability and mass consumption, are also essential principles of society. In the absence of any widespread religion or supernatural belief, it is the “Fordism” which takes a major role, albeit limited, establishing places of collective worship, permeating colloquialisms (“Ford” is always said instead of “God”) or placing its imagery (a huge” T “instead of a cross) to mark the presence of any cult place.

Although Ford is praised and remembered, it is not considered as a true God, but rather as the revered and farsighted founder of a new society. Interestingly, his name is mixed with Freud when it comes to issues related to psychology.

(A short clip from the film The Island (2005), by Michael Bay, which somehow seems similar to the reproductive techniques showed on the book)

(Read the second part of this article here)